Spain's "Elena Ferrante" Turns Out to be Three Amigos

Earlier: Is This Century's Greatest Woman Novelist A Man? 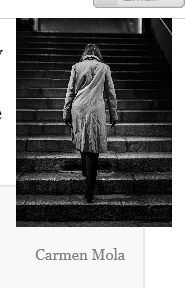 Males don’t read much fiction these days, so publishers increasingly prefer novels for women. On the other hand, a lot of the fiction talent is still male, so we are seeing increasing numbers of cases like this from The Guardian:

A million euro literary prize has lured three Spanish men out of anonymity, to reveal that they are behind ultra-violent Spanish crime thrillers marketed as the work of “Spain’s Elena Ferrante”

The men had published under the pseudonym Carmen Mola, which roughly translates as “Carmen’s cool”.

When one of their books won the lucrative Planeta prize, the trio went public to pick up the cheque at a glitzy ceremony attended by the Spanish king. 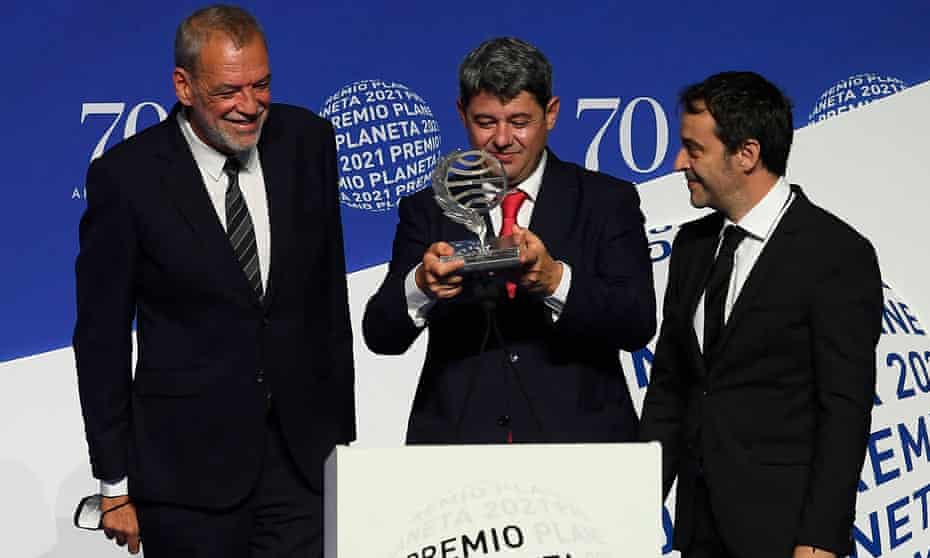 Agustín Martínez, Jorge Díaz and Antonio Mercero had published novels and worked as scriptwriters under their real names before coming together to write as Mola. Credits include work on TV series “Central Hospital” and “Blind Date”.

Their lead character in the Carmen Mola novels is detective Elena Blanco, a “peculiar and solitary woman, who loves grappa, karaoke, classic cars and sex in SUVs”, according to publisher Penguin Random House.

… They had previously claimed in interviews and on their own website that Mola was a professor in her late 40s, telling Spanish ABC newspaper three years ago that they needed anonymity to “protect a settled life that has nothing to do with literature”.

Spanish media noted that publicity for the books had played off the tensions between the apparent creator’s life and “her” creations.

“It hasn’t escaped anyone’s notice that the idea of a university professor and mother of three, who taught algebra classes in the morning then wrote ultra-violent, macabre novels in scraps of free time in the afternoon, made for a great marketing operation,” Spanish paper El Mundo noted in an interview with the authors.

Beatriz Gimeno, a feminist, writer, activist – and former head of one of Spain’s national equality bodies, the Women’s Institute – attacked the men for creating a female persona in their publicity for Carmen Mola books, over several years.

“Quite apart from using a female pseudonym, these guys have spent years doing interviews. It’s not just the name – it’s the fake profile that they’ve used to take in readers and journalists. They are scammers,” she said on Twitter.

They are professional storytellers. They have apparently made up multiple levels of stories to entertain audiences.

Their agent’s website features a photo of a woman, looking away from the camera, on the author profile page, above a flattering comparison with Italian literary sensation Ferrante.

That raises the question of who Italy’s “Elana Ferrante” will turn out to be.

One possibility is she is a professional translator who lost work when her favorite German author died, so she started, in middle age, making up her own novels. That seems not unreasonable.

On the other hand, that translator’s husband, Domenico Starnone, is one of Italy’s most prominent men of letters. So the idea that the husband has at least a hand in these novels seems pretty plausible.

Most literary novels are written by one person, but much of dialogue-heavy commercial fiction, such as screenplays, plays, and TV shows, are written by more than one in some kind of working relationship.