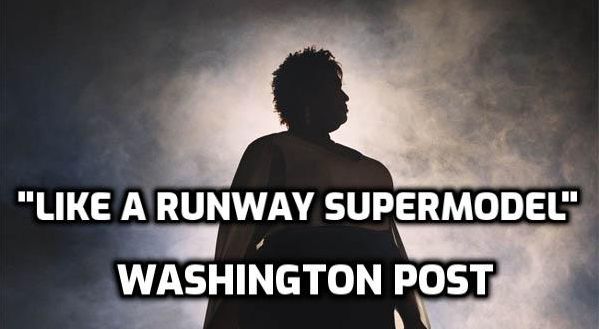 The Power of Stacey Abrams
Despite losing the Georgia governor’s race in 2018, she has moved quickly to political prominence. Will she be the vice presidential pick for Democrats?

There is a big buzz at the Loudermilk Conference Center in downtown Atlanta as a gathering called Paradigm Shift 2.0: Black Women Confronting HIV, Health and Social Justice

Damn, I missed it.

Three hundred registered participants have journeyed from across the country to discuss the many challenges and possibilities facing black women and girls. The second day’s morning keynote was delivered by radical activist and professor Angela Davis. The hype has been building exponentially for lunchtime guest speaker Stacey Abrams.

When she is finally introduced the women shout and leap to their feet. Young women stand on chairs, camera phones flash. Abrams, who appears both amused and slightly disturbed by the fuss over her, takes control of the chaotic scene. I’ve witnessed this level of affection for very few political leaders in the Democratic circles I’ve been in since the 1980s. They have the last names Clinton (both Hillary and Bill), Sanders, Warren, Jackson and Obama (both Michelle and Barack).

Pandemonium ensues as she walks to the far left of the stage, like a runway supermodel, stops on a dime, poses, tilts her head slightly and smiles. Camera flashes explode. She next pivots and walks slowly to the center of the stage, freezes there and repeats the pose. Again, the flashes explode. Abrams is summoning her inner actress, and she is both enjoying the moment and getting through it to get to the conversation. She then pivots and walks to the far right of the stage, same. You wonder whether she has done this before, because it is not necessarily what one would expect from a 46-year-old politician who was nearly elected the first black female governor in U.S. history. She lost by fewer than 2 percentage points in the 2018 Georgia race riddled with allegations of voter suppression. Before that, she was a state legislator who had served as a leader in the Georgia General Assembly for a decade. Now her name is on political pundits’ shortlists of potential running mates for Joe Biden. She also happens to have predicted that she’ll be elected president by 2040.

Just as quickly Abrams leaves the runway and returns to politics. Taking her seat with the moderator, she dives into why she is here and why she believes the leadership of women matters. “We live in a time where we have purported leaders who claim to speak for us but do not know us, and in that ignorance, they make decisions that are designed not for our success but for our demise,” she says. “So my deep suspicion is that some people are lying when they say they care about us.”

The balloon of silence in the meeting room is punctured, time and again, by “Amen” and “Preach” and “You go, girl.”

Either Joe Biden has been photographed (over his immensely long career of having his picture taken) touching a black female’s hair. Or he has not. Either way …