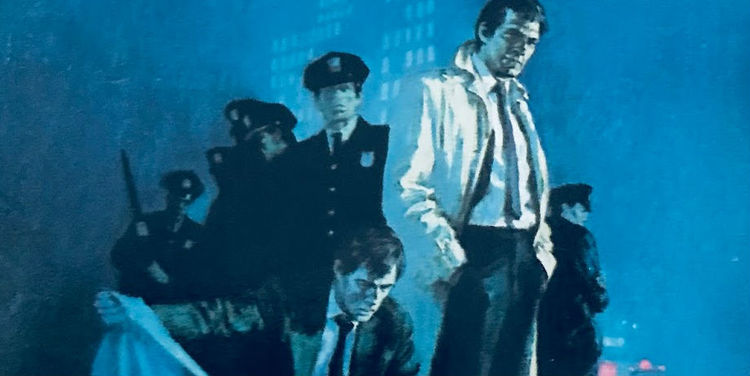 THE BELL CURVE On What Happens When You CAN Hire Cops By IQ: The Astonishing NYPD Class Of June 1940

Earlier, by Steve Sailer: News That Used To Be Fit To Print: IQs Of 1969 NYPD Recruits

This is from The Bell Curve,1994, p. 87. I've quoted it before, but it deserves to be more widely known, especially since people are always claiming that tests don't matter for police and fire departments.

A case study of what happens when a public service is able to hire from the top down on a test of cognitive ability, drawing on a large applicant pool, comes out of New York City. In April 1939, after a decade of economic depression, New York City attracted almost 30,000 men to a written and physical examination for 300 openings in the city’s police force, a selection ratio of approximately one in a hundred: [Herrnstein, R. J., Belke, T., and Taylor, J. 1990. New York City Police Dept. Class of June 1940: A Preliminary Report. Harvard University. Photocopy.]

The written test was similar to the intelligence test then being given by the federal civil service. Positions were offered top down for a composite score on the mental and physical tests, with the mental test more heavily weighted by more than two to one.

Not everyone accepted the offer, but, times being what they were, the 300 slots were filled by men who earned the top 350 scores.

Inasmuch as the performance of police officers has been shown to correlate significantly with scores on intelligence tests,[Hunter, J. E. 1979. An Analysis of Validity, Differential Validity, Test Fairness, and Utility for the Philadelphia Police Officers Selection Examination Prepared by the Educational Testing Service. Report to the Philadelphia Federal District Court, Alvarez v. City of Philadelphia] this group of men should have made outstanding policemen.

And they did, achieving extraordinarily successful careers in and out of policing. They attained far higher than average rank as police officers. Of the entire group, four have been police chiefs, four deputy commissioners, two chiefs of personnel, one a chief inspector, and one became commissioner of the New York Police Department.

They suffered far fewer disciplinary penalties, and they contributed significantly to the study and teaching of policing and law enforcement. Many also had successful careers as lawyers, businessmen, and academics after leaving the police department.

This is from the New York Times, on the same class, called the "class the stars fell on."

From that class came a Police Commissioner, Michael J. Murphy, who was on hand at yesterday's reunion, two first deputy commissioners, William P. McCarthy and James Taylor, and nearly a dozen chiefs, including Sanford D. Garelik, who as chief Inspector held the department's highest uniformed rank.

Harry Harwood retired in 1965 as a lieutenant and later became personnel director for the American Bankers Association. Before he joined the department he had hoped to become a teacher but there were no Jobs in that field.

Another member of the class, Dr. Martin Symonds, left the Police Department in 1947 to go to medical school. Last year he returned to the department as its psychiatrist. “I don't go to my medical school reunions or my college reunions,” he remarked. “But I always come here. They are a very unusual group.”

Born into a poor family on Tinton Avenue in the South Bronx, she went to Morris High School and Hunter College. It was January 1939, and she wanted to become a high school English teacher, but because of the Depression, no high school English teacher had been hired in 10 years. She and her friends took all the Civil Service exams, including the policewoman's exam. There were 200 vacancies, but over 11,000 women filed for the exam. She was part of the famous class of June 1940 that graduated 300 policemen and 18 policewomen, a class that included teachers, lawyers and one Ph.D. It was the first class of police officers that had a large number of Jews, she remembered. Most of the 318 moved up the ranks; "only six men in the class remained patrolmen."

And while the NYPD had had black officers since 1911, I doubt if there were any in the class of 1940....which is why the NYPD is no longer in a position to hire from the top end of a g-loaded Civil Service Exam.