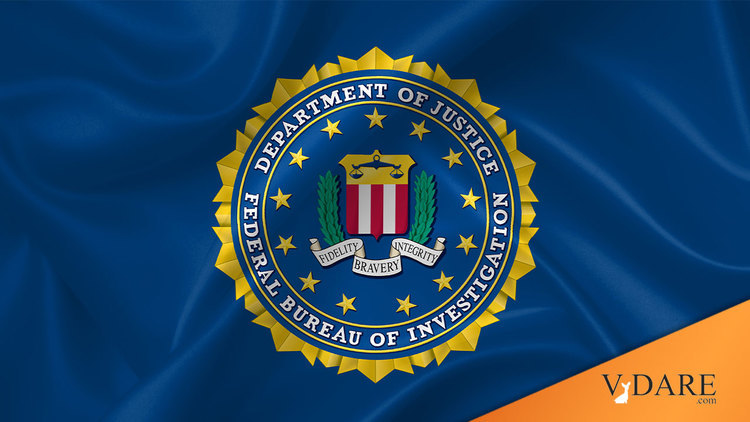 The travails and misconduct of the Federal Bureau of Investigation (FBI) are much in the news. We now know that the FBI was participating in a deliberate conspiracy, along with higher echelons of the Department of Justice (DOJ) and the Central Intelligence Agency (CIA), in an attempt to stop Trump from being elected, to sabotage his Administration, and now to prevent his re-election. Clearly the senior management of the FBI needs to be removed from employment. Another question is what to do with the organization itself, the lower level employees, and how to execute the duties of the FBI in areas that are important to the nation.

One agent I worked with was highly politicized. Though the case I worked with her was essentially non-political, she fit the profile of Peter Strzok and Andrew McCabe. This agent was a competent investigator, but not a particularly good agent to work with and not a very good interviewer. Otherwise, because it was a non-political case, there were no particular issues.

In joint cases, the work has to be divided between the agents doing the investigation, and FBI agents don’t like to share the work. They think they are better than every other Federal investigator and they let you know that. The only way to deal with those types was to never do more than your share. Working with a number of FBI agents, I found that attitude was prevalent: basically no one in Federal law enforcement, whether it is the Drug Enforcement Agency (DEA), Secret Service (USSS), the Bureau of Alcohol, Tobacco, Firearms, Explosives, and Really Big Fires (ATF), or any other Federal agency, wanted to work with them. They are generally rude, unprofessional, and not all they are cracked up to be: Famous But Incompetent. I have worked with a few agents who were professional, decent people, and competent, but I would rather work with a Postal Inspector, Office of Inspector General agent, or Homeland Security Investigations agent.

Now, the question is what to do with the FBI: how to reform, and how to execute the necessary mission, with new leadership, with a reformed FBI—or whether to abolish and distribute the mission to other current Federal agencies or new agencies. The problem is that a new President possesses a descending level of ability to accomplish the varying levels of reform: exercising his executive authority on his own and through his own appointed and confirmed Director, changing civil service classification through his legal authority, and reform or abolishment through legislation.

First, one must realize that Special Agents with the FBI are Excepted Service employees, which means they have fewer civil service protections and are not represented by a labor organization. Technically they are easier to hire and fire; however, that requires strict adherence to the rules governing the procedures for termination, which means having good lawyers and a strong Director and immediate subordinates heading the Bureau. And that means the President has to appoint a dependable political ally at the top levels.

That, of course, was one of Donald Trump’s weak points. He could not select and manage subordinates he appointed to the bureaucracy. Personnel is policy, and that doomed the Trump Administration. I remember a news article early after he won election, and it said Trump planned to use the in-place bureaucracy to implement his policies. I was going to write an article about that, but I didn’t get around to it. I was planning to warn him about trusting the bureaucrats and to concentrate on appointing his own people to the government, and I wish I had. I did advise him on particular allies and enemies in the Department of Homeland Security (DHS), which was frankly prophetic on a much narrower basis. But obviously the problem was much wider and deeper.

Now, some on the Alt-Right  think the President has no power. That is just false. The President has enormous power: he is the Executive Branch. He can personally direct any Federal employee to do anything legal, or even illegal, as we now know. And the easiest way to fire a recalcitrant Federal employee is to fire him or her for insubordination. Here we have the first and easiest way to reform the FBI: a strong and politically reliable Director and senior management. The President appoints the Director and the Director appoints his senior management team. He can, at will, reassign any senior management in D.C. and send them to Anchorage if he wants. No appeal, no recourse, no options. In such cases the senior managers will quickly retire, as by the time you are a member of the senior management, you have 20 years in and are a member of the Senior Executive Service (SES), who are easier to demote, fire, and transfer than General Schedule (GS) employees. Lower-level employees, GS-15 and below, will quickly get the message and come around, outside of headquarters pukes who have attached themselves to SES “rabbis.” In Federal service, the term “rabbi” comes from the U.S. Customs Service (USCS), and simply denotes a senior employee who helps a lower-level employee in their career, with concomitant help from the lower-level employee in executing duties and reporting on other employees who resist direction from the higher-level employee. Generally, without a “rabbi” employees flounder in their career, unless they have a good reputation with other “rabbis.”

Basically, this involves having a reputation for competency and helping your sponsor. Refer to Tom Wolfe’s Bonfire of the Vanities for a good explanation of the sponsorship system in the New York Police Department (NYPD). In the FBI, the Deep State is in FBI headquarters, and to lesser extents in the Washington Field Office, the Baltimore Field Office, and the Richmond Field Offices, all most approximate to the District of Columbia. A politically reliable Director can quickly reassign headquarters and D.C. area employees, the best place being the Southern Border for drug cases involving Mexican cartels. Most will immediately resign, as the D.C. area agents have not done a real case in many years and certainly are scared to death of having to deal with real criminals, such as Mexican sicarios. For the most part, it will be a self-purge of the Deep State, lots of resignations and retirements, opening up HQ positions to employees who have been in the field for most of their careers and are less likely to be anti-American left-wing radicals. This is the best option for reform without supporting legislation.

The next option is what President Trump tried at the end of his administration, reassigning many FBI and other employees to Schedule F of the civil service, which meant they were easier to fire, but that will only work if you have a strong Director and complete control over the Office of Personnel Management (OPM) to implement this rather radical, but completely legal, reform. Kritarchs will likely interfere, and it is the least effective option in the short term, given complexity and time commitment to discipline, terminate, or reassign employees. It does have long-term potential, but little upside in the short term.

Obviously, the legislative option is the best way forward with reform, give the President’s complete authority to appoint and terminate all SES employees at the FBI. But as I know from my experience with a GS-14 FBI agent, and the most recent example of Timothy Thibault, the Assistant Special Agent-in-Charge (ASAC) of the Washington Field Office who quashed the Hunter Biden investigation, resigned for his involvement in anti-Trump Deep State manipulation of investigations, the President’s authority over SES employees is not enough. Thibault was not an SES employee, he was GS, likely a GS-14 or -15, which means reform must go deeper than SES employees only. A Trump or a DeSantis Administration must have the authority to fire, demote, or transfer GS employees. Obviously someone like Thibault has long been out of real investigations, and if the President could reassign him to an FBI office in the Texas or Arizona desert without legal appeal, his type would resign. The key here is that the President must have explicit authority through legislation to take such action. Currently FBI agents can be reassigned, but only as part of a regular rotation through different field offices; a disciplinary transfer requires a finding and hearing for misconduct. It would be much better for the President or the Director to be able to summarily transfer employees at will, but, again, that needs legislative authorization.

The most significant issue is counterintelligence investigations. Where do those go? We know that the National Security Division of the FBI was the primary Deep State actor involved in the illegal assault on candidate Trump and then President Trump. But we also know that the FBI Chicago Field Office and New York Field Office counterintelligence agents quickly identified the Steele Dossier as fraudulent. That means that there are some reliable and professional FBI employees. And we have the ongoing massive problem of Chinese and Israeli espionage. The FBI devotes enormous resources to both problems, but for political reasons is not allowed to make arrests. The husband of an FBI agent whom I worked with was on Chinese counterintelligence and I know the problem is real. Who will do those investigations? Assign them to the U.S. Marshals? To ICE SVU? Create a new counterintelligence agency?

Creating the new agency is the best option. Of course, if we reformed our immigration laws and had less Chinese and Israeli immigration, the problem would be much reduced. With legislation, all FBI counterintelligence employees could be transferred to a new agency responsible for counterintelligence and counterterrorism, to include only field agents from field offices other than Headquarters, the New York, Washington, D.C., Baltimore, and Norfolk field offices. Yes, we will lose some good agents, but that would be the cost of preserving the republic. That, again, would require legislation, which means responsible actions from Congress, which is sadly unlikely.

So it is back to the first option, a strong, politically reliable Director and senior managers appointed by the President and willing to actively manage their subordinates and take personnel action quickly and decisively. It can be done, but that depends on selecting aggressive and reliable appointees. Here I think DeSantis has a much better track record. He recently fired a Soros prosecutor who was protecting black criminals and baby killers.

That is how you do it. Personnel is Policy.