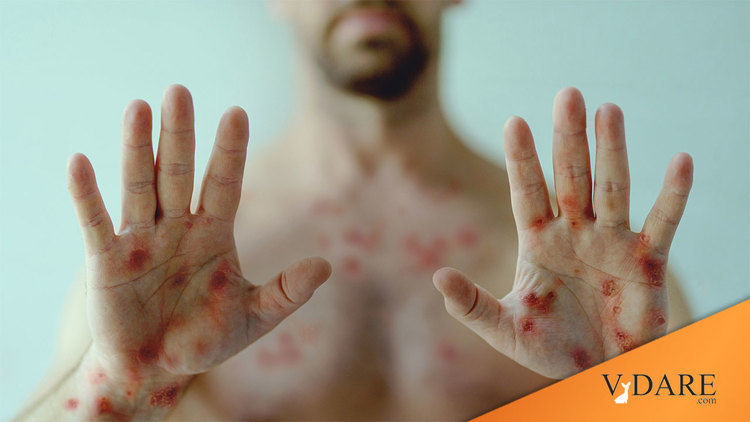 I'd love you to prove this by citing something I actually wrote or said. It's a weird distortion of my original argument favored by the woke left and the religious right.

Here Comes The Groom
A (conservative) case for gay marriage

Last month in New York, a court ruled that a gay lover had the right to stay in his deceased partner’s rent-control apartment because the lover qualified as a member of the deceased’s family.

I always thought that it was amusing that the sacred cause of gay marriage started out as a New York City rent control spat.

… What neither side quite contemplated is that they both might be right, and that the way to tackle the issue of unconventional relationships in conventional society is to try something both more radical and more conservative than putting courts in the business of deciding what is and is not a family. That alternative is the legalization of civil gay marriage.

… Certainly since AIDS, to be gay and to be responsible has become a necessity.

Gay marriage also places more responsibilities upon gays: It says for the first time that gay relationships are not better or worse than straight relationships, and that the same is expected of them. …

Legalizing gay marriage would offer homosexuals the same deal society now offers heterosexuals: general social approval and specific legal advantages in exchange for a deeper and harder-to-extract-yourself from commitment to another human being. Like straight marriage, it would foster social cohesion, emotional security, and economic prudence. Since there’s no reason gays should not be allowed to adopt or be foster parents, it could also help nurture children. And its introduction would not be some sort of radical break with social custom. As it has become more acceptable for gay people to acknowledge their loves publicly, more and more have committed themselves to one another for life in full view of their families and their friends, A law institutionalizing gay marriage would merely reinforce a healthy social trend. It would also, in the wake of AIDS, qualify as a genuine public health measure. Those conservatives who deplore promiscuity among some homosexuals should be among the first to support it. Burke could have written a powerful case for it.

… There’s a less elaborate argument for gay marriage: It’s good for gays. It provides role models for young gay people who, after the exhilaration of coming out, can easily lapse into short-term relationships and insecurity with no tangible goal in sight. My own guess is that most gays would embrace such a goal with as much (if not more) commitment as straights. Even in our society as it is, many lesbian relationships are virtual textbook cases of monogamous commitment. …

… If you have total gay freedom and no gay institutions that can channel love and desire into commitment and support, you end up in San Francisco in the 1970s. That way of life – however benignly expressed, however defensible as the pent-up unleashed liberation of a finally free people – helped kill 300,000 young human beings in this country in our lifetime. Ross [Douthat] may think that toll is unimportant, or that it was their fault, but I would argue that a Catholic’s indifference to this level of death and suffering and utter refusal to do anything constructive to prevent it happening again, indeed a resort to cruel stigmatization of gay people that helps lead to self-destructive tendencies, is morally evil.