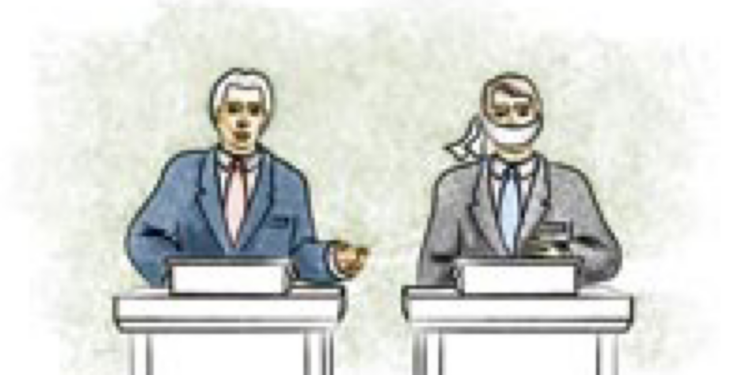 The Religious Left (And Immigration)

Jeremy Lott and Patrick Hynes have an article in USA Today called Left, right and religion: A double standard about where the Religious Right came from and why you rarely hear the term "Religious Left." Where it comes from (Short version) is this:

"[T]he creation of the religious right was largely a function of the courts and politicians pushing the boundaries the other way.
"Evangelicals were moved to civic activism because the IRS threatened to revoke the tax-exempt status of private Christian schools; because the U.S. Supreme Court removed abortion from the political process; because mentions of the Almighty began to be scrubbed from valedictory addresses for fear that someone, somewhere might take offense. Today, the term 'goddamn' is treated as protected speech, but remove the 'damn' and watch the lawsuits roll in.

The very first comment on the USA Today page where this appears is that "The reason the religious right is villified is that they seek to bend the American will to fit their own mold, and this is reprehensible to most Americans.The "Theocracy" catcalls are well founded and appropriate."
This totally misses the point, which is that both sides of the debate are trying, (democratically) to get laws passed about what they think is moral. What these people seem to be afraid of is that the Religious Right will pass sodomy laws and abortion laws similar to those in place before 1970. (Which they can't—the Supreme Court, as Supreme Ruler, has decided that neither subject can be voted on by the American people.)
But isn't the Religious Left interested in passing laws? Yes, they are. Tax laws, for example. They want Americans to be taxed to pay for their social programs. They wanted guns controlled, welfare unreformed, Cuba recognized, affirmative action entrenched, ...and immigration laws unenforced.
They also wanted to boycott pickles, (there's something you don't see every day.) All of these are policies which have been rejected by the American people, usually by huge majorities. These policies are "reprehensible to most Americans" and represent the Religious Left seeking to " to bend the American will to fit their own mold" much more than any hypothetical morals legislation that might be passed by the fearsome Ashcroftian Religious Right. But many of these policies are actually in place in parts of the country where the Religious Left has influence.
The biggest issue for us at VDARE.com is always the Immigration Issue; and we've been covering the Religious Left for a long time.
Amazing…What? was published here on February 26, 2001, and America’s National Question Problem: Decaying Protestantism, February 3, 2001, and of course Catholic Bishops And Immigration, by me, May 09, 2001.
In that last, I made a point that John O'Sullivan later picked up here:

C. S. Lewis made the same point in Mere Christianity (I am grateful to James Fulford for the reference) with his usual vividness: “The clergy are those particular people within the whole Church who have been specially trained and set aside to look after what concerns us as creatures who are going to live forever: and we are asking them to do a quite different job for which they have not been trained [when we call on them to provide political leadership]. The job is really on us, on the laymen. The application of Christian principles, say, to trade unionism and education, must come from Christian trade unionists and Christian schoolmasters; just as Christian literature comes from Christian novelists and dramatists — not from the bench of bishops getting together and trying to write plays and novels in their spare time.” This was strikingly confirmed a few years ago when the Catholic bishops issued a statement on the economy, replete with learned digressions on taxes, growth rates, income distribution, and much else. An enterprising journalist telephoned around and asked them what a marginal tax rate was. Most had no idea. Or, as Fr. Richard John Neuhaus commented: “To put it gently, they did not know what they were talking about.” That is undesirable when instructing the faithful.[The Bishops' Borders, April 8, 2006 ]

My point here is that clergymen don't make very good politicians, and should stick to telling us the difference between right and wrong, rather than trying to run public policy, a task for which they have no training and are not suited.
That goes for both right and left sides of the church aisle.