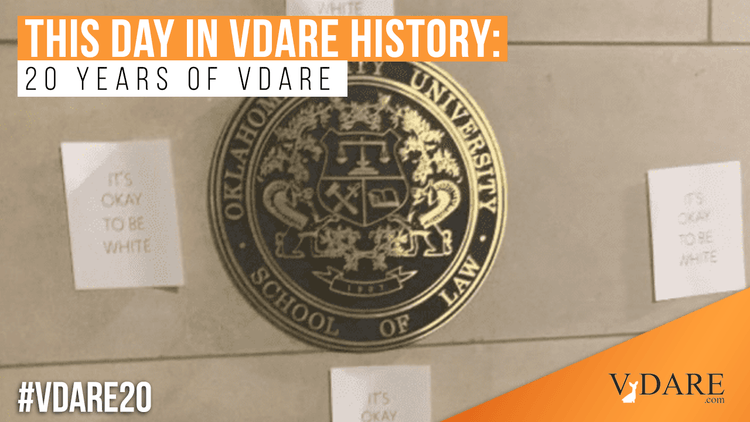 This Day In VDARE.com History 2019: Pensacola Attack Is Yet Another Failure of Foreigner Military Training In America

Originally published here on VDARE.com on this day in 2019.

The media thought patrol has apparently approved the FBI’s interpretation of Friday’s mass shooting at the Pensacola Naval Air Station as an “act of terror” rather than a mental health breakdown or homesickness for Saudi Arabia:

Investigators in Florida and Saudi Arabia on Sunday dug deeper into the background of a Saudi aviation student who fatally shot three people at a Pensacola, Florida, naval base, as lawmakers from both parties demanded the kingdom fully cooperate in the investigation.

Officials are treating the shooting as an act of terrorism and are trying to learn whether the gunman was working as part of a larger network when he opened fire in a Naval Air Station Pensacola classroom Friday, killing three people and wounding eight. [. . .]

The gunman, a Royal Saudi Air Force member named Ahmed Mohammed al-Shamrani, was shot dead by a sheriff’s deputy responding to the rampage. Shamrani apparently left hints that he was motivated at least in part by his hatred of American foreign policy and military might.

It’s encouraging that various public officials are questioning the wisdom of the program, which has gotten little oversight. Senator Rick Scott (R-FL) is “calling for a full review of the U.S. military programs to train foreign nationals on American soil.”

Florida Governor Ron Desantis was critical of US gun freedoms being extended to foreigners, which allowed the killer to purchase the Glock that he used in the murders. “I’m a big supporter of the Second Amendment, but the Second Amendment applies so that we the American people can keep and bear arms,” Desantis said. “It does not apply to Saudi Arabians.”

One simple fix would be to have the training take place in the home countries since the US has military bases all over the world. Why must potentially dangerous foreigners be brought inside America’s borders for their education?

This is a big program and security has not been adequate.

CNN noted on Dec 6, “As of Friday, the Department of Defense has 5,181 foreign students from 153 countries in the US for security cooperation related training…”

As reported here in 2016: Dozens of Afghan Soldier Trainees Go Missing in America, indicating that some young men use the military training as an opportunity for illegal immigration.

Below, in 2010 Afghan army officers train with US Marines and Navy personnel in Camp Pendleton in California — some may be coming to your town! 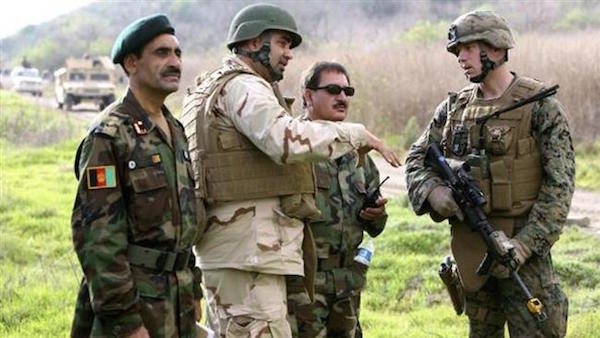 In 2017, ABC News reported that 152 Afghans in the US for training have gone missing over the previous 12 years.

Some absconders probably want only to mooch an American lifestyle rather than return to Backwardistan. But others may plan to use their military skills to murder the hated infidel, as did Mohammed al-Shamrani.