The Department of Justice (DOJ) recently announced a specialized office of attorneys to deal with denaturalization, which mistakenly occurs in Federal District Courts.  Legally, it should be done administratively by the Department of Homeland Security (DHS), but given current constraints, this is a good move.  And close on the heels of this new DOJ office are three cases of asylum applicants who were able to fraudulently obtain asylum, then legal permanent residence, and then were naturalized.  Natasha Pierre, Munia Parvin, and Lilla Haiddar were from different countries, Haiti, Bangladesh, and Afghanistan respectively, and unrelated other than that all used asylum fraud to enter and remain in the United States, and in Haiddar’s case, even work for the United States government.

All three have are being denaturalized, but at an extreme cost to the government because the government itself refused to use all appropriate actions to determine identity and review the underlying asylum claims.  Most asylum cases are fraudulent, but asylum is a widely used method to gain permanent residency and later citizenship.  Asylum is not about protecting the oppressed, but just another method of immigration so common that fraud is unremarkable and little hindrance to the perpetrators and the Treason Bar that supports them.

The Face Of Asylum Fraud And USCIS’ Failure To Stop Fraud

First, "Lilla Haiddar," a woman who lied blatantly to the government in her asylum claim, including about her actual name.

Prosecutors say the Afghan native flew to the U.S. in 2001 on a temporary transit visa and was supposed to leave for Canada the same day, but never did. Instead, she applied for asylum under a different name, Lilla Haiddar, and told a false story of how she made it to New York, prosecutors said.

Haiddar told immigration officials she flew from Pakistan to Mexico and then was secreted across the border into the U.S. with the help of an uncle to escape oppression in her native country. Haiddar listed two different names and dates of birth on U.S. documents, court records show.

“We have no idea who this woman is,” Assistant U.S. Attorney Tiffany H. Eggers told a magistrate judge during an April 2019 detention hearing.

[After Nearly 20 Years In America, This Woman Will Be Stripped Of Her U.S. Citizenship For Lying On Forms, by Kevin Krause and Dianne Solis, Dallas News, March 10, 2020]

Then we have Natasha Pierre, who came from Haiti and applied twice for asylum; denied once, she reapplied under an assumed name and was approved.

According to her plea agreement and evidence presented in Court, Pierre first applied for asylum protection to remain in the United States in 1993, claiming that she had entered the United States from Haiti and feared persecution and arrest if she returned there. In June 1995, the INS rejected her application and ordered her to appear before an immigration judge for possible deportation proceedings. In July 1995, she failed to appear as directed and the court ordered her removal from the United States. The immigration judge also entered a warrant for her arrest and deportation.

While her case was still pending before the immigration court, Pierre assumed the new identity of Elsie Petitfrere and filed for legal protection and permanent resident status in the United States using this new identity and a different set of biographical data. In 2012, she applied for U.S. citizenship, and Petitfrere ultimately became a U.S. citizen on September 11, 2012.

Then there is a third fraudulent asylum claimant, Munia Parvin, who did the same thing: apply for and denied asylum, created a new identity, and re-applied.

U.S. District Judge Steven D. Merryday has sentenced Munia Parvin, a/k/a Zarrin Hoque (46, Sarasota), to 6 months in federal prison for obtaining U.S. citizenship through false and misleading representations to U.S. immigration authorities. She pleaded guilty on September 26, 2017. The Court also entered an order denaturalizing Parvin and stripping her of her United States citizenship; she is now subject to deportation to Bangladesh.

According to her plea agreement and evidence presented in court, Parvin first applied for asylum protection to remain in the United States in 1993, claiming that she had entered the United States from Bangladesh and feared persecution and arrest if she returned there. In November 1996, the INS rejected her application and ordered her to appear before an immigration judge for possible deportation proceedings. In December 1997, the immigration court allowed Parvin to depart from the United States by a set date and when she failed to do so, entered a warrant for her arrest and removal from the country.

While her case was still pending before the immigration court, Parvin assumed the new identity of Zarrin Hoque and filed for legal protection and permanent resident status in the United States using this new name and a different set of biographical data. In 2012, she applied for U.S. citizenship and ultimately became a U.S. citizen on June 4, 2012. In her paperwork and application for citizenship, Hoque denied the use of prior names, denied having been subject to an order of deportation, and denied lying to immigration authorities. Photographic and fingerprint evidence later established that Hoque and Parvin were the same person and that Parvin had lied on several parts of her citizenship application.

Here we have it: U.S. Citizenship and Immigration Services (USCIS), Refugee, Asylum and International Operations Directorate, approved completely fictional claims in both all three cases.  Of five separate fraudulent applications, USCIS approved three of five.  That is not good statistics.  Worse yet, in two cases USCIS had the fingerprints and photographs of the claimants, yet apparently did not compare names and photographs to find a match.  Worse than that, USCIS denied, then approved, the same basic story and obviously verified no part of the second claims in those two cases.   It appears that there are some Deep State saboteurs in the asylum office who are willing and able to approve facially fraudulent claims.  Also noteworthy, USCIS asylum office has a policy of not doing in-country fraud investigations, which includes not even verifying the claimed identity of asylum applicants.

Worse yet again, USCIS asylum office has an investigative tool that it refuses to use that would stop asylum and other immigration fraud in its tracks, the polygraph.  In my 28-year law enforcement career, this was a very useful and effective tool.  But USCIS refuses to use it across the board; another example of the Deep State supporting widespread immigration fraud.  But this should be no surprise, the Deep State in the asylum office is especially hostile to direction from the Trump Administration.

U.S. asylum officers slammed President Trump’s policy of forcing migrants to remain in Mexico while they await immigration hearings in the United States, urging a federal appeals court Wednesday to block the administration from continuing the program. The officers, who are directed to implement the policy, said it is threatening migrants’ lives and is “fundamentally contrary to the moral fabric of our Nation.”

The labor union representing asylum officers filed a friend-of-the-court brief that sided with the American Civil Liberties Union and other groups challenging Trump’s Migrant Protection Protocols program, which has sent 12,000 asylum-seeking migrants to Mexico since January. The policy aims to deter migrants from coming to the United States and to keep them out of the country while courts weigh their claims.

It is time to shut down the asylum cadre and replace them with fully trained and experienced immigration officers.  Instead reassign real immigration officers from U.S. Immigration and Customs Enforcement and U.S. Customs and Border Protection who are on disability or light duty to take up asylum applications and send others on detail assignment to adjudicate asylum applications.  The seditious Deep State in USCIS should be forced out, nor allowed to hire more in the same vein.

No less than evidence of Deep State sabotage is the illegal public statements by USCIS employees attacking the completely legal asylum policies of the Trump Administration:

I have proudly served in the United States Asylum Officer Corps since 1992, one year after its creation. Prior to that, I served for many years as a case worker, program manager and policy analyst with various non-governmental organizations responsible for refugee protection, resettlement and humanitarian assistance in the United States and abroad (Afghanistan, Cambodia, Indonesia, Pakistan, Malaysia, Singapore and Thailand)…

Today’s hearing shines critical Congressional light on the Migrant Protection Protocols (MPP) “Remain in Mexico” Policy rolled out by the Trump administration this year. I expect my copanelists to produce significant evidence demonstrating why MPP is an unmitigated disaster for everyone involved. My testimony focuses on how MPP is affecting – and hurting – my fellow Asylum Officers, who must either carry out orders and run the program they reasonably believe violate the law and endanger asylum seekers or leave their jobs.

[Examining the Human Rights and Legal Implications of DHS’ “Remain in Mexico” Policy
U.S. House of Representatives, Statement of Michael A. Knowles, Subcommittee on Border Security, Facilitation and Operations, November 19, 2019] 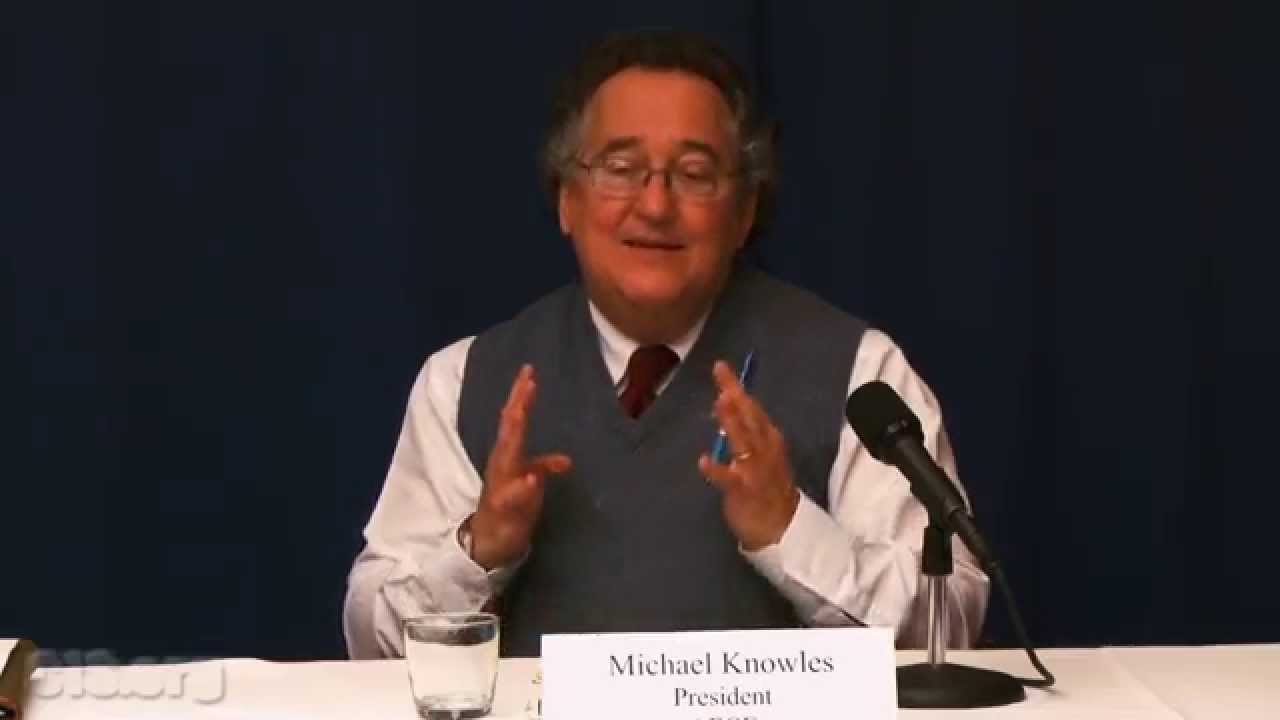 Time for a purge of USCIS asylum office.  These Deep State saboteurs hate the historic American nation and want to flood the country with refugees from the Third World.  They are not government professionals doing their job, they have an agenda, which is facilitating fraud.  I wonder if Michael Knowles approved any of the above asylum applications?