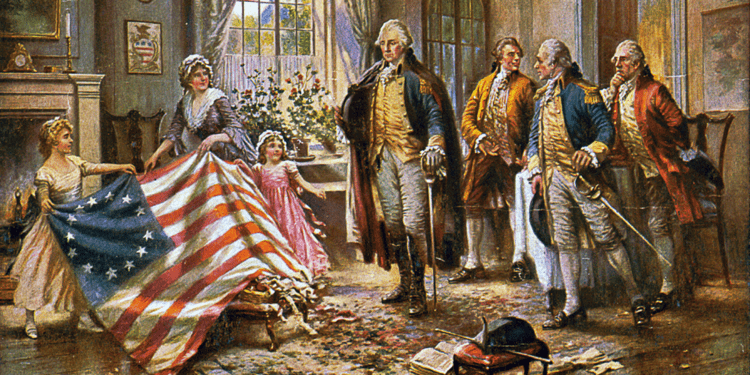 Utah BLM Chapter Calls U.S. Flag A "Symbol Of Hatred", Says Anyone Flying It Is A Racist

There’s no getting off this ride.

Once you accept, you are prepared for wherever this ride takes you.

BLM Group Declares American Flag “A Symbol Of Hatred”: “When we see this flag we know the person flying it is a racist”, by Steve Watson, Summit News, July 6, 2021

A Black Lives Matter chapter in Utah has declared the U.S. flag to be a “symbol of hatred” and says that anyone “flying it is a racist.”

In a Facebook post, the group wrote “When we Black Americans see this flag we know the person flying it is not safe to be around.”

Responding to those who disagreed in the comments on the post about the U.S. flag, the group wrote “Welcome racists. We know you are big mad about the racist flag post. You will not be heard here. You will be blocked and your comments will be deleted.”

“We will be donating $1 to AOC’s election campaign for every racist that we block,” the post continues, adding “Thank you for contributing to the re-election of AOC. We will jot down your names and attribute each donation to you. Comment below to help her once again head to Washington.”

The group continued, “We will not beg you to stop being racist. We will proactively destroy the systems that continue to give you the power to marginalize people of color. Period.”

The objective here is clear – declaring the entirety of America and everyone within it who does not kneel to them as their enemy.

It would so much nicer to live in a different America than with these people, who have been so indoctrinated with anti-white hate, they view every aspect of American history with terrifying singularity: every slight against a non-white is the fault of every dead, living, and to-be-born white person.

So the only thing to do in the face of such animosity to your ancestors, toward you, and to your progeny, is to fly the American flag.