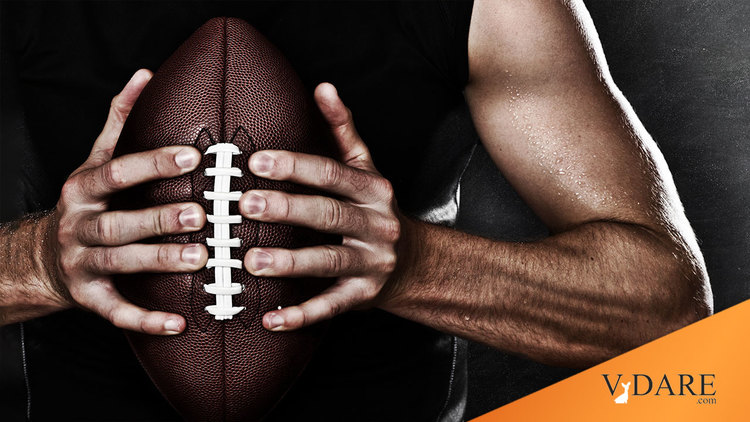 WASHINGTON POST: It's Racist To Think That There Are More Smart Football Coaches Among White College Players Than Among Black NFL Players. But Herschel Walker...

From the Washington Post, a threatened long series of articles on how NFL teams don’t like to win (or something), which is why only 3 out of 32 NFL head coaches are black compared to a sizable majority of the players:

… Despite the league’s end-zone pledge to “END RACISM,” Black coaches continue to be denied top jobs in a league where nearly 60 percent of the players are Black.

In reality, there’s isn’t that much correlation between having an NFL quality body and having an NFL quality mind. Right before this year’s Super Bowl, I looked up the biographies of all 27 head coaches then still employed. One had been an NFL star, three had had long careers as role-players, one had had a cup of coffee, and the remaining 22 saw their playing careers end in college, many in small-time conferences.

It’s worth noting that while the Washington Post seems unaware of the lack of correlation between great bodies and great minds among football players and coaches, it very much wants you to be aware of that fact when it comes to the Republican senatorial campaign of black football legend Herschel Walker.

Walker was one of the greatest combinations of speed and strength in the history of American sports. He held a minor world record in track for several minutes once until Carl Lewis broke it in the next heat. But still… being able to say, “Carl Lewis broke my world record” ain’t bad.

He was one of the greatest high school (rushing for over 3,000 years his senior year), college, and USFL running backs ever (rushing for 2,411 yards for Donald Trump’s New Jersey Generals in 1985). He might have been the best straight-line running back ever.

Herschel finished seventh in the two-man bobsled at the 1992 Winter Olympics as a pusher/brakeman.

In the NFL, his lack of Barry Sanders-like swivel-hipped elusiveness left him less productive, but he still had one season with over 1500 yards rushing and he played until he was 35, which is really venerable for a running back.

On the other hand, as a thinker, he appears to be a great jock, as the Washington Post really wants you to remember:

Opinion | Herschel Walker’s anti-tree campaign is genius
George Washington may not have chopped down the cherry tree, but he should have.

Opinion | What Herschel Walker’s clueless campaign says about the GOP
Would a GOP-run Congress dominated by fools be any different from a smarter one?

Opinion | If Herschel Walker wins in Georgia, America will have lost its mind
The Senate candidate beats Trump for mendacity and serene ignorance.

Perspective | Herschel Walker’s insulting campaign is the worst kind of sports idolatry
Some sports stars are deserving public servants. Herschel Walker, on the other hand, is embarrassingly unqualified.

By Kevin B. Blackistone

Senate candidate Herschel Walker questions evolution, asking, ‘Why are there still apes?’
The statements mark the latest eyebrow-raising comments by Walker, who has been endorsed by former president Donald Trump and other leading Republicans.

The New York Times doesn’t want you to forget that physical and mental ability is not closely correlated either, at least not among Republican candidates:

Herschel Walker Tests the Importance of ‘Candidate Quality’
If he babbles his way to a win, we all lose.
By Frank Bruni

Herschel Walker Says He’s ‘Not That Smart.’ I Believe Him.
Walker is attempting to lower the bar of the upcoming debate so low so that anyone, even Walker, can clear it.
By Charles M. Blow