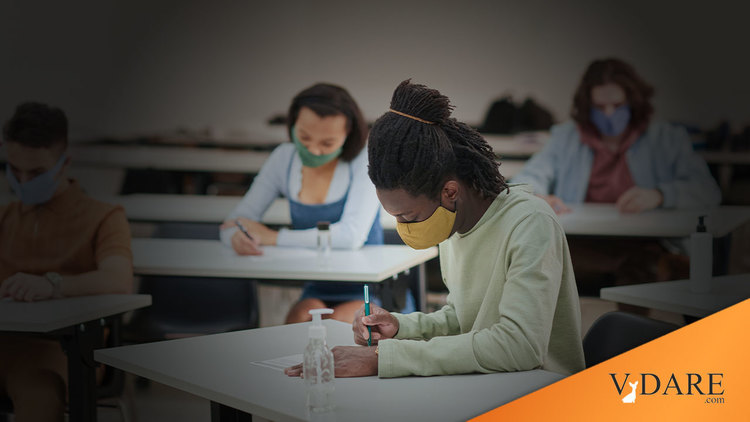 State officials voted to make it easier to become a New York state teacher on Monday by knocking off one of the state’s main teacher certification requirements.

Prospective teachers will no longer have to take the Academic Literacy Skills Test, an exam designed to measure reading and writing ability. The decision marks a significant rollback of the state’s certification requirements, but officials said the literacy test had become an unnecessary hurdle for prospective teachers.

“The issue is not that literacy is not important, literacy is everything,” said Regent Kathleen Cashin, who chairs the board’s committee on higher education. “It’s just that if you have a flawed test, does that raise standards or does that lower standards?”

She can tell it’s flawed because blacks and Latinos don’t score as high on it as Asians and whites. Who ever heard of such a thing? That’s utterly anomalous.

The literacy test, which became mandatory in 2014, was one of several requirements the state added to overhaul teacher preparation in 2009. Regents hoped that a slate of more rigorous exams would help better prepare teachers for the real-life demands of the job and make for a more qualified teaching force.

In total, teachers have had to clear four certification hurdles, including the literacy exam. The other exams ask teachers to demonstrate their teaching skills, content knowledge, and understanding of students with particular needs.

Though the intent was to create a more qualified teaching workforce, officials argued Monday the overhaul did not work out as planned — providing an unnecessary roadblock for prospective teachers. The exam faced legal challenges after a low percentage of black and Hispanic students passed the test. Only 38 percent of aspiring black teachers and 46 percent of aspiring Hispanic teachers passed the test between September 2013 and June 2016, compared to 69 percent of their white peers, according to the state education department officials.