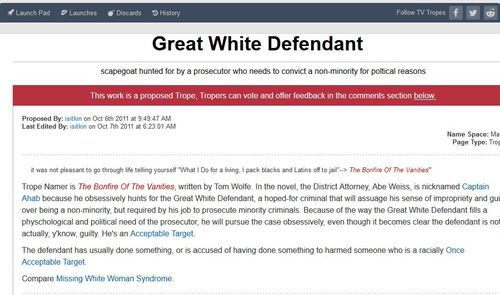 As I point out in my new Taki’s column “Truth or Trope?,” Rep. Ilhan Omar has been savaged over and over for mentioning “tropes” that Jewish-Americans tend to have a fair amount of money and sometimes use it to influence American foreign policy in favor of Israel.

A number of years ago, the same critics would have accused her of mentioning “stereotypes.” But “stereotype” has largely been replaced by trope, I argue, because “trope” comes out of postmodern Literary Theory, which tries to treat fact as fiction. Less fashionable terms like “stereotype” and “cliche” run the risk of empiricists raising tiresome objections about factual reality and truth. The word “trope,” however, implies a mental universe in which there is only Narrative.

Thus, while my new column examining the ethnicity of each of the 50 biggest political donors in the 2018 election might validate the stereotype that both parties get a lot of money from people of Jewish ancestry, mere facts and logic can’t validate the trope, because tropes exist in a universe where there is no reality other than power. And, ironically, if enough powerful institutions denounce a statement as a trope, well then it is too weak to survive.

A striking example of this comes from the giant wiki website TV Tropes. Eight years ago, one TV Tropes user proposed Tom Wolfe’s central idea in The Bonfire of the Vanities of “the hunt for the Great White Defendant.” As an obvious example, somebody proposed the District Attorney Mike Nifong’s persecution of the Duke lacrosse team.

But after eight years, “Great White Defendant” has yet to be accepted by TV Tropes because, no matter how common it might be in reality, it’s too rare in fictional narratives. It’s Too Rare To Trope.

This work is a proposed Trope, Tropers can vote and offer feedback in the comments section below.
Proposed By: isitkin on Oct 6th 2011 at 9:49:47 AM
Last Edited By: isitkin on Oct 7th 2011 at 6:23:01 AM
Name Space: Main
Page Type: Trope
it was not pleasant to go through life telling yourself “What I Do for a living, I pack blacks and Latins off to jail”–> The Bonfire Of The Vanities”’

Trope Namer is The Bonfire Of The Vanities, written by Tom Wolfe. In the novel, the District Attorney, Abe Weiss, is nicknamed Captain Ahab because he obsessively hunts for the Great White Defendant, a hoped-for criminal that will assuage his sense of impropriety and guilt over being a non-minority, but required by his job to prosecute minority criminals. Because of the way the Great White Defendant fills a physchological and political need of the prosecutor, he will pursue the case obsessively, even though it becomes clear the defendant is not actually, y’know, guilty. He’s an Acceptable Target.

The defendant has usually done something, or is accused of having done something to harmed someone who is a racially Once Acceptable Target.

It might be a good idea to avoid Real Life examples in this trope. Rule Of Cautious Editing Judgement and all.

Yeah, definitely stay away from Real Life examples. Especially since it’s still kind of contentious whether the Duke boys are in fact innocent.

I think this may be Too Rare To Trope.

Especially since it’s still kind of contentious whether the Duke boys are in fact innocent.

The DA who took over after Mike Nifong resigned (Nifong was later convicted of lying and disbarred because of this) announced that they are totally innocent. There is zero contentiousness about their innocence.

Hmm. Surely there’s a Law And Order example, since the show’s been on so long.

Yeah, it seems to me that this is the very rare inverse of a common trope* in which a minority scapegoat is sought by the police when a significant crime goes down. In any case, the wiki does seem to lack a trope for mundane race-based legal scapegoating. Maybe that’s a place to start, and if lots of examples accrue, a split could be considered down the line.

I can certainly recall McCoy getting accused of it often enough.