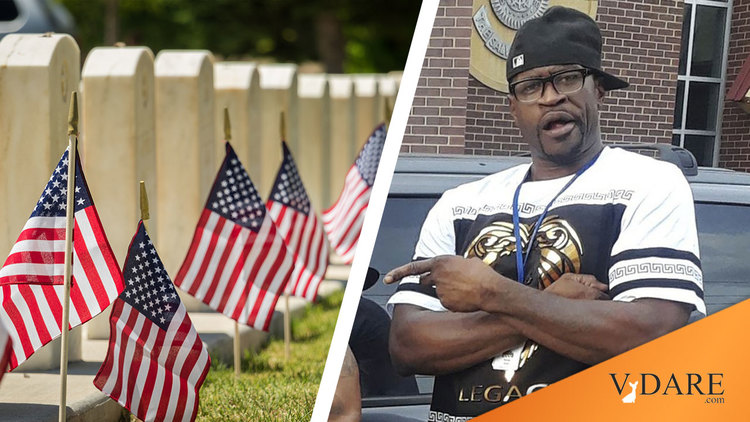 Will We See a Push to Rename Memorial Day as George Floyd Day?

See, much earlier(1998): The King Holiday and Its Meaning by Sam Francis

Granted, George Floyd did not, technically, die fighting in the nation’s armed forces in some half-forgotten war. But, in a higher sense, did he not die fighting in the New America’s greatest and most long-running war: against racism, against white supremacy, against statistical disparities in racial performance, against hair-touching?